Good-good travel stories and videos about the Hares 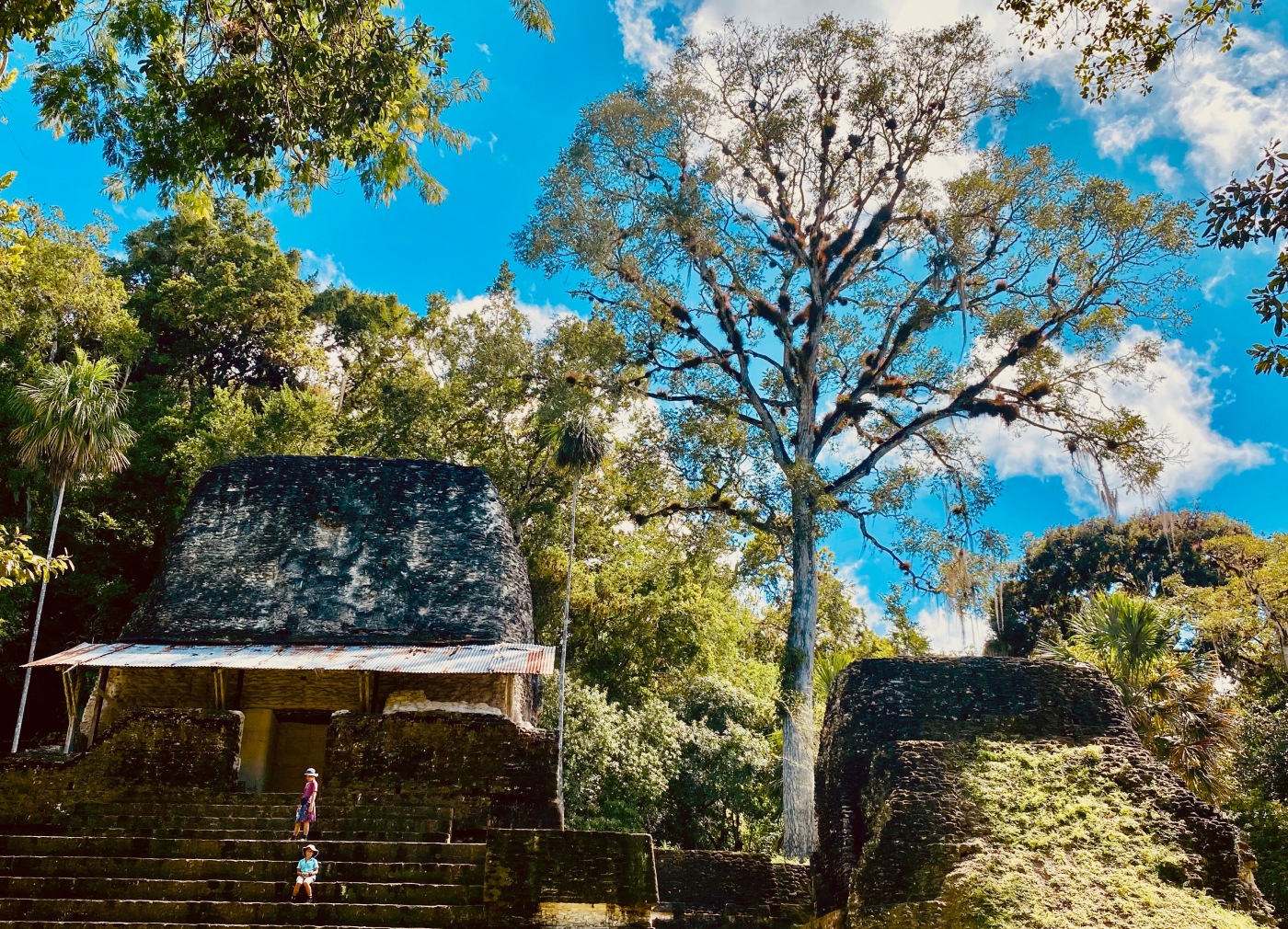 Temple IV rises 200 feet high above the tropical rainforest floor. I was on top feeling like a bird in the sky. My family and I took a road trip to the Petén, the northern most part of Guatemala, because we are interested in ecology and Mayan culture. This region, now mostly a protected area, and parts of southern Mexico, were the heart of Mayan civilization (about 1,000 years ago).

Tikal is the largest group of Mayan ruins in Central America.  It covers over six square miles!  Temple IV is the largest structure in Tikal.  From atop Temple IV we could see the Grand Jaguar, Temple V, Temple II and Temple III.  My favorite ruin was the Main Acropolis because there were no people, only foraging spider monkeys.  It was so quiet and peaceful, we could have heard a jaguar stalking us.

The Maya made roads out of stone.  The roads were to carry large rocks from the quarries to the temples, where they were carved with stone tools.  These carvings are called Stellas.  Usually the carvings were of the ruler surrounded by animals.  Some Stellas still remain in Tikal and others are in museums.

The ecology of Tikal is amazing!  The rainforest, in which it sits, is one of the most biodiverse ecosystems on the planet.  All life in the rainforest is intertwined or in some sort of symbiotic relationship.  There are plants growing on trees (called epiphytes) and animals interacting with each other.  One of my favorite examples of symbiosis is the Ceiba tree, the national tree of Guatemala and considered The Tree of Life by the Maya.  The Ceiba is a massive tree with big buttress roots and a high circular canopy.  Along its branches are a variety of bromeliads, which create homes for many frogs and birds.

The rainforest also has a variety of animals.  My favorite that we saw in Tikal were the Ocellated Turkey and the Keel-Billed Toucan.  We also saw Spider Monkeys, Black Howler Monkeys, White-Nosed Coatis, a Moreletti Crocodile (thought to carry the world upon its back in Mayan mythology), and Red-Lored Parrots.  In Yaxha, another nearby Mayan ruin, we had the fortune of seeing an Orange Breasted Falcon, which is an endangered species.  She was nesting in the wall of a temple and Mommy happened to sit right below her without noticing.  I was looking at the holes in the temple and I saw her.  I whispered to Mommy, “Look up!”  The falcon looked like part of the temple, sitting stone still, with only her eyes moving.  For me it felt like a gift to see her.

There were a lot of plants, animals, and places that we saw.  A majority of them we had never seen before.  Our adventure made me understand about the Maya, their culture, and the biodiversity of this region.  I am grateful that I had this opportunity.

8 thoughts on “A Jungle Adventure”